How to Stop Buying Headsets and Buy Stand-Alone Microphones 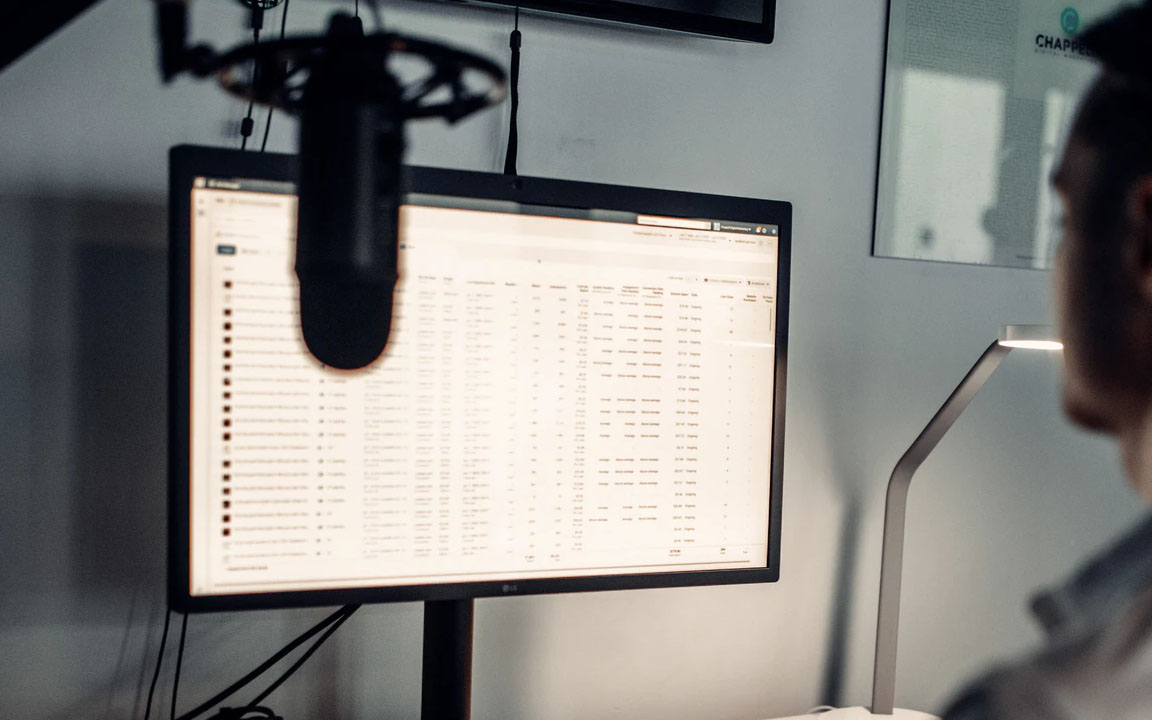 Home » How to Stop Buying Headsets and Buy Stand-Alone Microphones

The Saga of Early Voice Chat

Voice Chat. I consider it a necessity when playing with friends.  From the early 2000’s to now, I’ve been trying to improve the experience of gaming without having to interrupt my controls in order to type. It takes only a single lost game, a single lucky kill when I’m typing something out.  That guy didn’t beat me. My keyboard did. This is now a problem that needs to be solved.

It started in the early 2000’s.  We were playing Starcraft and CounterStrike and I had an actual bulky plastic phone that was plugged into a copper analog cable mounted on my wall. I bought a crappy hands-free headset to plug into my ancient wall-phone.  The headset hurt my ear after 20 minutes and sounded terrible, but I didn’t have to cradle it under my jaw and shoulder like I was trying to play the violin in the middle of a death-match.

Eventually, we used cell phones and did the same thing on nights and weekends when the calls were free, but the headsets still were trash. If you didn’t have a headset, then you were pressing a flip-phone into your ear until the games were done or you were on speaker-phone for the 10 minutes your phone would allow it before the batteries died.

Then things finally changed.  TeamSpeak.  Ventrilo.  Mumble.  Robotic voice chat that sounded nothing like the person’s actual voice.  None of that mattered, because it didn’t need the extra phone line.  We all had crappy desk microphones that looked like mutant pencils back then and they sounded like garbage, but usually came with a store-bought PC our parents purchased in the late 90’s, when these kinds of peripherals were still packed in with products. They weren’t using them, so we snatched them up.

We all learned to hate the skinny desk microphones.  They blasted static when you bumped them or jiggled the cords.  They amplified the most gentle caress into unholy ear-destroying thunder, like crate of Solo-Cups falling down some stairs, or maybe like someone was trying to murder the Kool-Aid man with a sledgehammer and a sidearm.  God help you if someone started whistling.

Gaming Headsets appeared and became mandatory. For only 25 dollars, you could buy headsets that get you away from your speaker/pencil-microphone combo.  Push to talk became more common and you could end the awful sounds of chaos.  The cheap headsets still weren’t comfortable though, and we were spending an awful lot of game time with these on.

Eventually we moved on to 40, 50, 75 or 100 dollar headsets that wouldn’t hurt your ears.  Nice plush headphones that you could wear all night.  5.1 or 7.1 surround sound headphones.  I bought quite a few of these. My favorite was the Razer Kraken with 7.1 Surround Sound. My most recent Gaming Headset purchase. I loved the headphones.  The surround sound was amazing for shooters and horror games.

The Problem With Headsets

But can you see the problem?  I bought quite a few of these.  Why would I need to buy a headset basically every year?  I’ll give you a hint.  It wasn’t the output coming out of my plush ear-cuddling headphones that was the problem.  It’s that stupid pencil microphone that I’ve always hated.  They’re attached to every headset I buy.

Even my beloved 7.1 Kraken’s microphone stopped working.  The surround sound system still works and sounds amazing, but with no microphone, what are you going to do?  You’re going to buy another headset so you can keep gaming.

Well, I got fed up with that.  I was tired of rewarding manufacturers for making stuff that breaks by buying replacements.  So I asked around. I asked some streamers, some gamers, some content creators, some people on various forums and even consulted the dark places of the internet. The best answer I could find was…

It makes sense really.  All the headsets I ever bought were because they looked comfy.  They sounded good when I put them on my head.  Never once did I consider that maybe, just maybe, I should be looking into a better microphone.  And the companies that make these know this is what attracts people to their products.  People don’t care about the microphone.  Some manufacturers have even smartened up and have implemented detachable microphones.

The streamers and content creators interested me the most. This is because we all know that if someone’s audio is terrible, crackling, or otherwise unpleasant to hear, we don’t watch them.  This is make or break for them.  What I discovered is that they bought high quality microphones for their work, but ended up using them to game privately as well.  If they could, why shouldn’t I?

What Microphone I Suggest

The go-to for starting streamers and content creators was the Blue Yeti. This model is not quite studio-quality sound, but it’s very close.  I have the best sounding output in my Discord and when I make content, it gets the job done and sounds professional.  I initially balked at the price, but then I thought about how many headphones I’ve purchased over the years, and remembered just how cheap those pencil microphones are.

My 7.1 Kraken headphones still have great audio.  I just keep the microphone disabled and stick to the Yeti for recording.  I’ve been using it for the last 4 years. It sounds better than anything else I’ve ever recorded with and it still functions as well as it did on the first day I bought it.  It was already worth it, as I was buying 50-70 dollar headsets roughly every 18 months and have not spent anything since then.

It’s just some wisdom from an old gamer that took him too much time and money to learn.  I hope it helps someone else who finds themselves buying too many headsets.  And I finally got rid of that stupid skinny microphone I stole from my mom.

BEFORE You BUY Boosteroid in 2021