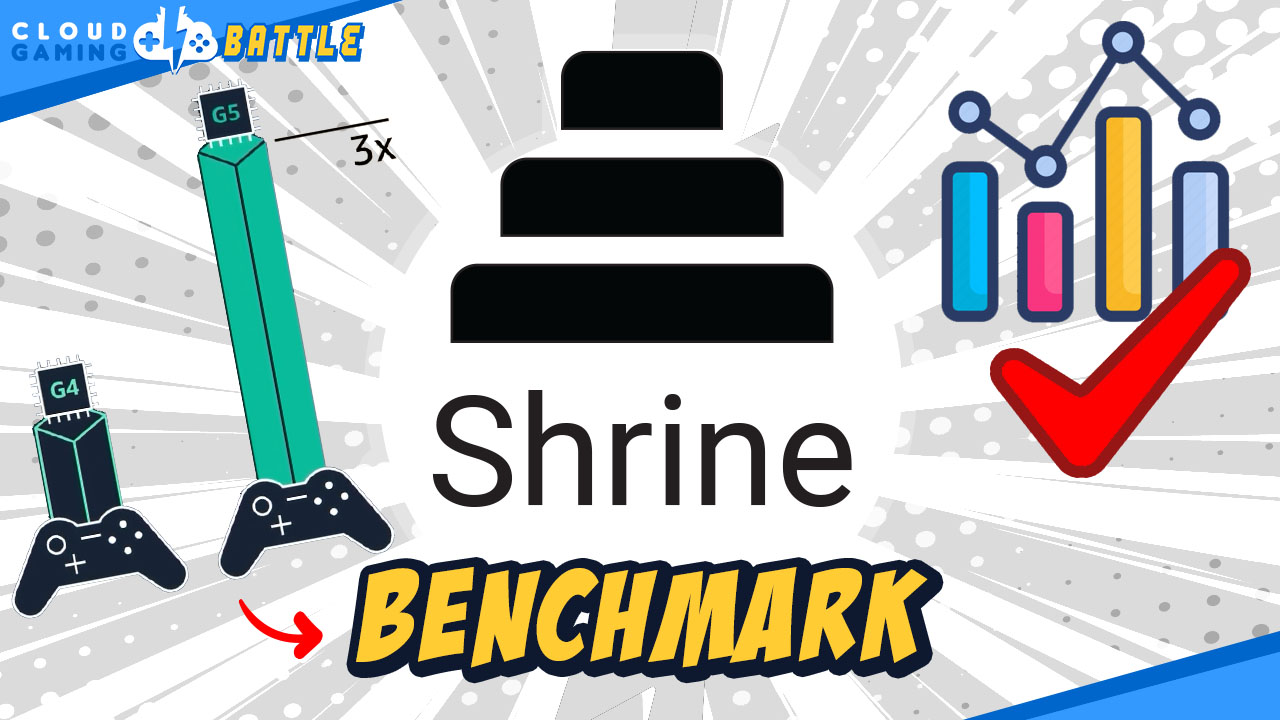 Shrine is a new cloud gaming startup company located in North Carolina. Their mission is to make high-end gaming experiences affordable and simple for everyone. They just launched their beta for eastern US users in early February 2022 and are currently focusing on improving streaming stability with expanding capacity to the rest of the US.

We’ll go into the specifics on each tier. Let’s put Shrine to the test!

Before we dive into the specifications of each tier, it’s important to know that Shrine’s infrastructure is using AWS or Amazon Web Services for their cloud-based instances. Primarily, they are using the Amazon Elastic Compute Cloud (EC2) G4 Virtual Instances. Amazon is ahead of the game when it comes to cloud instances being able to deploy custom virtual workstations with a click of a button.

The G4 line has 2 different tiers: the G4dn tier, which are lower costing NVIDIA GPUs consisting of Tesla T4 GPUS (Compare to the GTX 1080). The second tier, the G4ad tier, are powered by AMD Radeon Pro V520 GPUs which is currently the staple in the G4 line. This is because this is the most cost-efficient tier with 45% better performance over the G4dn tier.

Amazon also has a high-end tier featuring the latest generation of NVIDIA GPUs equaling the power of the RTX 3080. They call this the G5 tier. This tier is about x3 the power of the G4 tier.

These would be Amazon’s G4ad line. From what we found, the 7R32 version of the AMD EPYC processor, also known as the “Rome” version, was designed specifically for Amazon Web Services. This 2nd generation of AMD EPYC CPUs are now Amazon’s most optimal choice when building virtual cloud instances.

It has a clock speed up to 3.3 GHz and has 48 cores and 96 threads being able to support up to 96 vCPUs at once. This processor is the game changer for all of AWS.

The AMD Radeon Pro V520 is a workstation graphics card. I would consider it a mid-range card comparable to the RTX 2060 or the RX 5700 XT. One card it beats out as well is the NVIDIA Quadro P5000 which most Shadow machines are running. So, the Basic tier score just under Shadow’s while the Standard tier score above it.

So if you want a machine similar to Shadow’s, the mid tier will out do Shadow and cost less. You’ll just have to worry about the 40 hour monthly time limit.

This tier also has the RAM doubled to 32 GB.

For the GPU, they are using the NVIDIA A10G which is the same GPU GeForce Now is using for their RTX 3080 line. Performance for these tiers is stellar. For $40 a month, and depending on how much you play, this could be your ticket to a super high-end gaming machine. But if you are a hardcore gamer, 1.5 hours per dollar spent might not be enough for you. Still, this might be one of the cheapest options to play on a RTX 3080 quality machine, if you usually play under 60 hours a month.

Overall, Amazon’s line of cloud gaming machines are a game changer in the industry. Being able to spin up a wide variety of cloud computers through AWS is now an easy task. They also perform well and are easy to connect to.

I have a feeling we’ll be see a lot more startup companies using AWS to provide cloud gaming PC rentals in the near future. Hopefully there will be more competition, so the prices drop and we’ll see a more competitive price plan.

Is Local Multiplayer Possible on Boosteroid?

Install and Setup AirGPU on Android