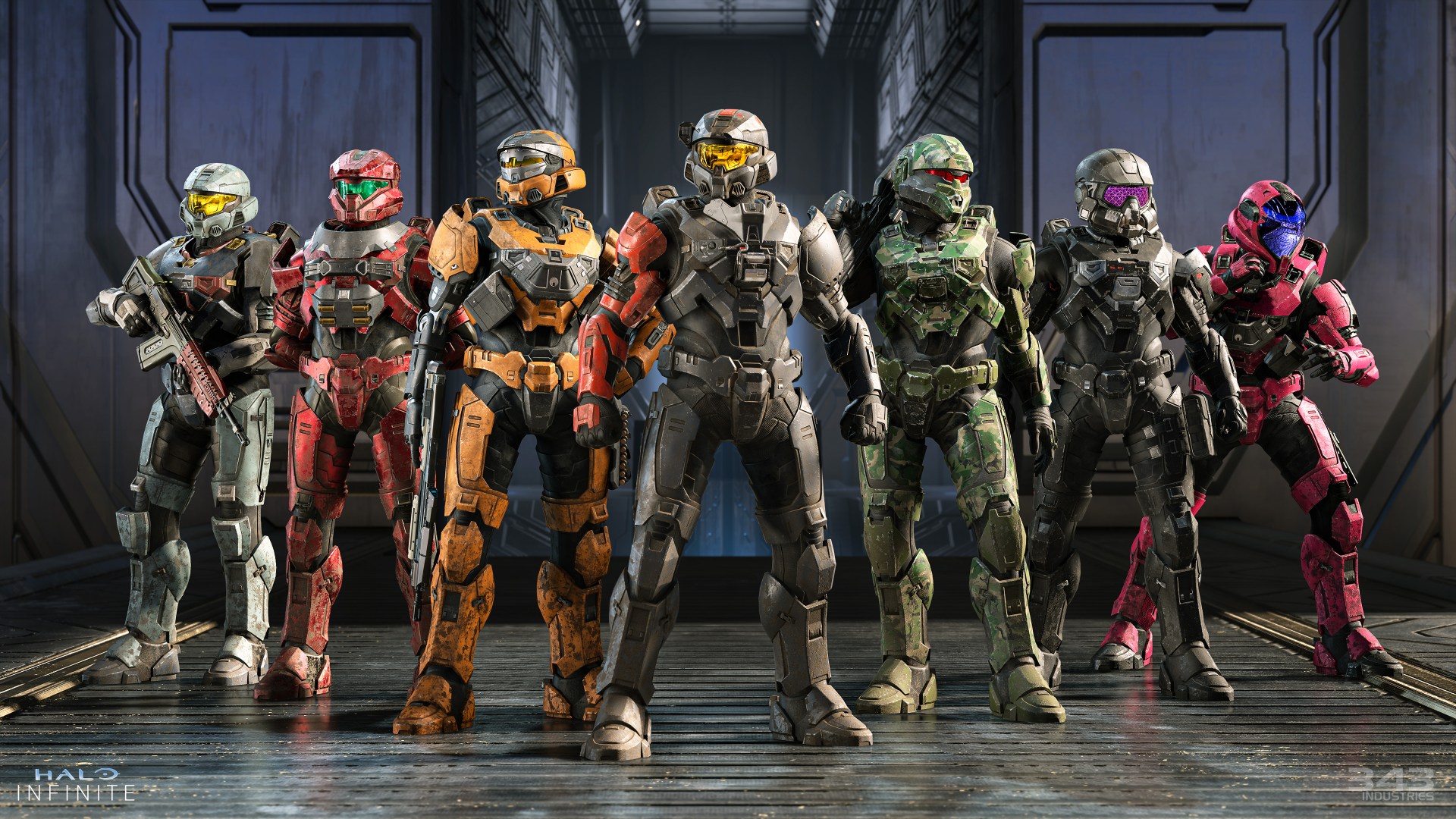 If you are a HALO fan, you are probably wondering if HALO Infinite plays well on cloud gaming machines. Well, I am here to show you how the game plays on Shadow, Maximum Settings, and Xbox Cloud.

We got access to play the Tech Preview and the now the newly released HALO Infinite Multiplayer Beta and Campaign. Is the game ready for cloud gaming primetime? How well does it handle 4k? Those with Game Pass memberships might be asking if it plays well on the Xbox Cloud Gaming Beta. we have answers for all of these questions. Let’s get started.

So which platform played HALO Infinite the best? Here is an overview video on all the platforms we tried.

A quick note before starting, I played the Microsoft Store/ Xbox PC app version of HALO Infinite because I have the Xbox Game Pass which I highly recommend. This is because this version has cross-save functionality which is the only reason why I got the campaign done between platforms so fast. I would have had to run the campaign 3 times in order to do this.

Shadow finally got their act together and got HALO Infinite working just in time to enjoy playing on their platform. Does it actually play well? Yes. Is it optimal? No. At 1080p I usually would get 45-60 fps at medium settings. I had to go to Low settings to get a smoother, higher framerate.

Lag was great through. Very minimal at all times. We are in Cleveland and our Shadow machine is in New York which is 8 hours away. Latency was maybe 20 to 25 ms. It wasn’t noticeable at all. I’d also recommend Shadow for multiplayer and Legendary with this latency as well.

The problem lies with one major Windows component: Hyper-V. This should come native to your Windows machine so you don’t need to download anything. It is designed to create virtual machines running Windows. To active this on Maximum Settings, search for “features” on in the search bar. Select “Turn Windows features on or off”.  Click the box that says “Hyper-V” and hit “Ok”. Let Windows install it and restart your machine. Try starting your game and it should run just fine.

We’ll be going back and forth playing this game on the Xbox Cloud Gaming platform along with Maximum Settings. I will be playing the campaign on Maximum Settings for sure testing the game out at 1440p and 4k resolutions. Maybe Shadow will install Windows 10 Pro as part of their “upgrades” package they have been promising us.

How well does it play through the Xbox cloud gaming service? The short answer is that it plays and looks good. Remember that this beta platform is limited to 1080p gameplay so the performance is not great as it probably would be on Shadow.

Take note also that you cannot play without a controller on this platform so you’ll be play like most HALO players do on an Xbox – with a controller.

Also remember that is a cloud gaming platform so lag is an issue. If you played the Tech Preview in previous months, the lag will be apparent. You will have to get use to it. The best way to somewhat get prepared for multiplayer battles is to test the lag out in the Academy. Did I play as well as I did several months ago? No. But my Academy performance still isn’t shabby so yours shouldn’t too bad either. I got a couple of three stars still.

How well does this transfer over to real multiplayer? Well, you could try a match or two against bots but in reality, there’s nothing that will really prepare yourself for the ruthlessness of online competitive, Tea-bagging gameplay. You’ll just have to suck it up, jump in and adapt.

PC players will be crossplaying with you so you might feel you are at a disadvantage against mouse and keyboard players. But you might be one of those players who are completely comfortable wrecking PC players on a controller so have at it. So be aware that it will take a game or two to get comfortable with the slight lag on the platform.

Playing with Friends on Steam

Since this is a free game, HALO Infinite is also available on the PC Steam platform. If you are wondering the best way to join up with other friends you might have on Xbox, and that includes players on the Xbox Cloud Gaming platform, the game uses Xbox Live gamertags to find friends. This would mean that Steam users would have to add friends to their Microsoft Xbox account to actually see each others.

The best way to add an Xbox friend is to use the Xbox Console Companion since there is no way to actually search for gamertag in-game. For Windows users, this is most likely already installed to your machine. Login to this app, add the friend you want by using their Xbox Gamertag and they should then appear on your Friends list in HALO Infinite.

With the good performance that is apparent with the multiplayer aspect of HALO Infinite, I cannot wait to play the full campaign when it releases on the cloud for Xbox Game Pass on December 8th. Be sure to stop back and check out that gameplay when the game drops. Feel free to sign up for the Game Pass Ultimate for HALO Infinite.

Here’s our first crossplay with the Loudplay platform playing a Big Team Battle on Halo Infinite. We are also playing with the Xbox cloud gaming platform.

HALO Infinite is a great game. The campaign is good but the story left much to be desired. I do believe the story is not complete and will be expanded in “endless” dlc or “Infinite” expansions. See what I did there? I think we’ll see what happened to Blue Team and Fireteam Osiris along with the rest of everyone on the Infinity. You do get audio logs with much story telling but I don’t think that’s enough. Something also tells me we’ll see a humanoid form of Cortana so how, some way.

The best thing so far about the campaign is the open world aspect of the game. This puts a Far Cry feel to the to the HALO franchise and I love it. You also can’t forget about that wonderful grapple hook which once completely upgraded, you will be able to scale all terrain with including large mountains. This has been an incredible addition to the HALO franchise.

Overall, I can’t wait to play co-op with 3 others in this game in February of 2022. This game was made for it if you couldn’t tell from the 4 weapons stations on the FOBs. I’ll be looking forward to cover any expansions down the road along with platform crossplays with others in co-op.

For the latest news, gameplay, and comparisons on Cloud gaming platforms like Xbox Cloud Gaming, Shadow, and Maximum Settings, be sure to like this video and subscribe. Keep it tuned right here at the only place where you can do battle in gaming heaven – Cloud Gaming Battle.

Call of Duty: Vanguard on Boosteroid