Before You Buy Shadow in 2022 | Shadow Tech Review 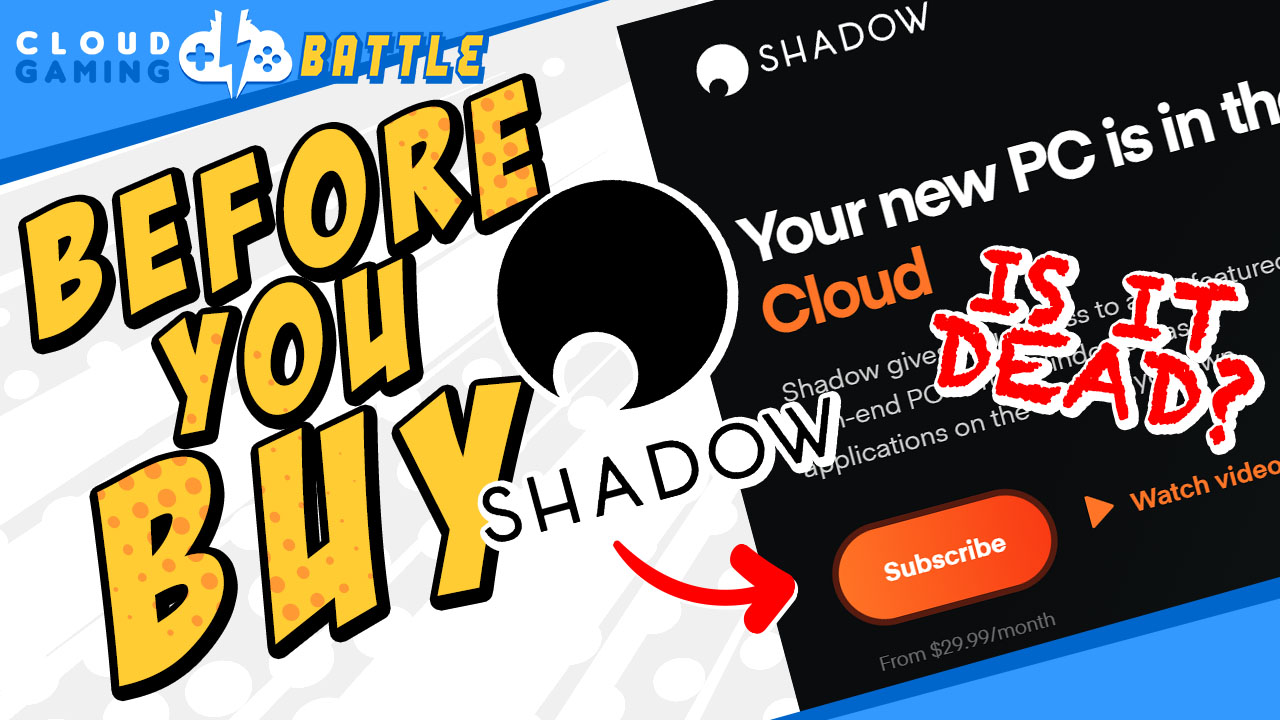 Home » Before You Buy Shadow in 2022 | Shadow Tech Review

Shadow Tech is a cloud based rental PC service that you can basically do whatever you want with. It’s primarily a gaming PC but it doesn’t just have to be gaming. They pretty much dominate the industry when it comes to rental cloud PCs. So is it worth getting your hands on this to supplement or even replace your current PC? Strap in. We’ll go over all the details with Shadow Tech.

For the past several years, Shadow has made a name for themselves as the premier cloud PC rental service. This past year, Shadow, a company based in France was just bought out Jezby Ventures who also own OVHcloud which one of the biggest cloud computing companies in the world.

As they have been transitioning into full ownership of Shadow, is the company still the best company that provides a great cloud PC rental? Let’s first do a quick overview of the Shadow service for those who don’t know.

Imagine having access to a gaming PC through the cloud in which you can install and play any game or software that you want. Imagine having the ability to play this cloud PC on your phone, tablet, or old desktop PC that you still have from last decade. It’s all possible to play some of the latest games on your Shadow PC.

Note that I said some. We’ll get into that later. If you need help getting started with Shadow on one of these devices, feel free to check out our Shadow playlist for setup and install.

Now that you have a general overview of Shadow, the question raised about the new owners is this: Has the Jezby Ventures acquisition been beneficial to Shadow? As of now, that is up for debate. Let’s do a quick rundown of their history since the acquisition: This first thing they did was cut all the upgraded tiers and made their base tier the only tier. On top of this, they doubled the price! Here’s the old price model. Here’s the new one.

I can understand why they did this. Shadow went bankrupt because they price model was too low to begin with and they needed new investors. And to be honest, even if they lost half of their customers, they would still be just about breaking even since most people were on the base tier. Plus, this would free up PCs for new customers so it could be looked at as a win in their book.

RELATED:  Before You Buy the Shadow Power Upgrade in 2023

So has there been anything good that has come from this acquisition? Yes. As I mentioned, Shadow now shares infrastructure with OVHCLOUD. Since our machine was migrated over from Chicago to their systems in New York, I feel the performance has increased even though New is farther away than Chicago for us. It’s not a massive increase but it is noticeable especially playing first person shooters.

Does the platform still perform well? Yep. The app to control your cloud PC is fantastic. It’s probably the best way to control your PC in the industry. Start up is great. They have an app for Windows desktop, iOS, Android, Linux, Mac, you name it. All you have to do is Login to you box, and use it like any other Windows machine. Use the Shadow icon at the top to get access to the control panel to see your connection stats and change settings or ultimately end your connection. It’s that easy.

Now remember that this is still a Windows PC so maintenance is required from time to time. The means Nvidia drivers need to be updated. This also means various Windows updates need to be downloaded and applied. It can get pretty bad if you don’t use your Shadow PC all the time and forget to install updates over time. I had updates last about 30 minutes once because I didn’t update my Shadow PC for a couple months. Thankfully they don’t have a time-based billing system like Maximum Settings or Loudplay where you get billed for how much time you are on the PC.

They did end up adding upgrades to the service as they promised with the inclusion of dual screen support and 4:4:4 chroma subsampling color support. I’m happy for those who were waiting for these upgrades but to be honest, these are nothing too amazing.

Speaking of upgrades, it took them to the end of the year to give us an update on upgrades in their International News livestream. They stated that they don’t have a definite plan for upgraded GPU tiers due to the pandemic and they were hoping to have a solution by summer of 2022 but there are no definite dates in place. They also said that they might be switching to AMD hardware for their next tiers as Maximum Settings just did. But please be advised that these are plans for NEW tiers and not for the current Shadow tier. They have no plans on upgrading the current Shadow tier at this time.

RELATED:  Getting Started with Shadow PC in 2023

Why are current Shadow users looking for hardware upgrades? Most Shadow users are using the Nvidia P5000 which is workstation GPU. You compare this to the power of a GTX 1070 Ti or a GTX 1080.

It is struggling to keep up with the latest games. Look, in our Riders Republic benchmark, I say 40-50 fps is optimal – OPTIMAL on Shadow right now. This has to change soon in order to keep with the times and the games. Here is our full Shadow benchmark if you are interested.

Now there has been a rumor that Jezby was planning to take the whole Shadow operation down. According to several articles on datacenterdynamics.com, Jezby has stated that their “combined business will maintain gaming operations, at least for a while, but also plans to extend into broader remote  computer services”. It was also mentioned that “Gaming would appear to no longer be a focus of the relaunched company, although the service will be kept online for a while.”

So, is Shadow worth it heading in 2022? That’s really up to you. Me? If you don’t have your Shadow machine already, I wouldn’t bother until they announce official hardware upgrade plans. And with that last bit of news, I’m not too hopeful we’ll get new hardware at all. But if you must have a cloud PC, Shadow won’t let you down…if you are running older games and until you sign up and have wait a month for activation. I swear that’s all the bad things.

Hopefully they announce additional upgrades soon. Until then, make sure you subscribe so you can get the latest news and comparisons on cloud gaming at the only place where you can do battle in gaming heaven – Cloud Gaming Battle.

Getting Started with PlayStation Now